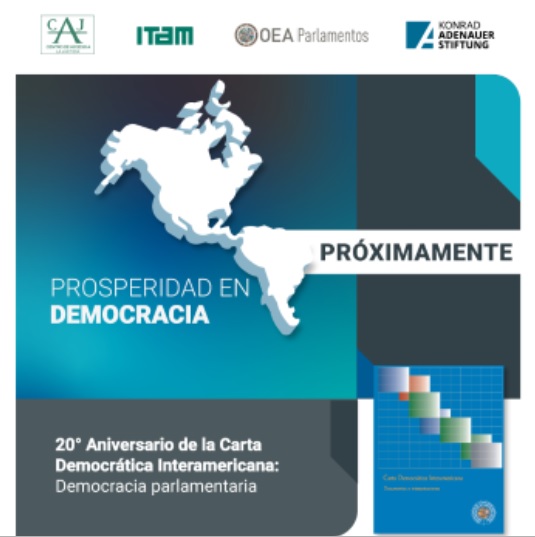 Héctor Garza participated as speaker at the 20th Anniversary of the Inter-American Democratic Letter, together with renowned experts in human rights in a roundtable that addressed the "Consultation and participation in the development of native communities and people settled in a territory".
"On the occasion of the twentieth anniversary (September 11, 2021) of the Inter-American Democratic Charter (IDC), the Organization of American States (OEA), has launched a collaborative project between ITAM-KAS Mexico-OAS Parliaments so that this moment of commemoration also becomes an exercise of reflexion about the present and the future of such Letter."
Learn more about this event (event in Spanish)

We make use of first party and third party cookies to improve your experience and our services by analyzing traffic in our website. If you continue browsing, then we shall consider that you are in agreement with our cookie policy